As CryptoComes reported last week, the person who claims to have hacked Binance and stolen KYC data from it (Bnatov Platon) posted some of it on his Twitter account and promised to reveal more soon.

Today, on August 20, the man has kept his word. Another portion of the KYC data is offered to Twitter users, but this piece bears the name of a specific Binance user.


The hacker intrigues the community, will Binance pay up?

In a series of recent tweets, Bnatov Platon has shown that he is indeed in possession of some data that looks like Binance KYC files.


Guess what it is.. pic.twitter.com/YVQI4EMRR9


However, in a blog post, CZ of Binance stated that no hack had taken place this time but the KYC files that the hacker uses look very much similar to those stolen from Binance in early 2018, when the safety of those files was entrusted to a third party company.

CZ promised a reward of up to 25 BTC to anyone who helps identify the self-proclaimed hacker. Justin Sun, the Tron CEO, offers to add another 10 BTC on top of that.


I will add 10 more $BTC on the reward to catch the blackmailer. https://t.co/YsO8WUOVU4 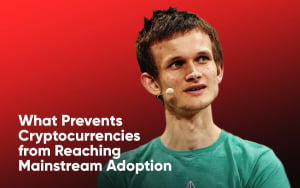 In the comments under the tweet with Masahiro Maeda’s KYC data, one Twitter user asked if there was any way to check whether this information is true or fake, and why the community should believe the hacker at all.


How we know these are not made up ?


Another Twitter user asked to see if his data was in the files that were allegedly stolen from Binance recently.


How can i check if i am in the list? Any link?

The biggest deal of the January transfer window