Breaking- John McAfee All Set To Release His Own Decentralized Exchange


John McAfee, in a recent tweet, announced that he is all set to unveil his own decentralized exchange coming Monday.

Exchange Set to be Launched on Monday

Per the tweet, the exchange would be completely decentralized. This implies users need not submit any document, e-mail, bank info or transaction details. Also, nothing on the platform will be monitored, there will be no restrictions and no listing fees whatsoever. The tweet further mentions that there will be 0.25 % transaction fees.

The exchange will run on Ethereum blockchain and will allow free addition of any ETH based token. Moreover, the platform will have “0” maker fees. The platform is slated for Beta release on the 7th of October.

SEC = Securities and Exchange Cops According to McAfee

In another announcement made by Mc Afee yesterday, he said that his upcoming Monday announcement will be one of a kind. He even posted an interesting image with his tweet. The first part of the image contained Securities and Exchange Cop picture- a sarcastic take on the SEC.

The second part suggesting the same thought process and support for the leading trader, Peter Brandt, with the title “ The First Trader with Peter Brandt”. The third part suggested mooning in crypto prices. The last part was apparently an indication of crypto assets establishing a bottom to rise up in the future.

John McAfee has time and again grabbed headlines for his bullish stance on Bitcoin, irrespective of the crypto market scenario. Recently, commodity trading veteran Peter Brandt predicted that the Bitcoin price could be heading $50,000 in the long-term. He further said that before starting its next upward trend, Bitcoin will first establish a bottom at $5,500. Mc Afee strongly supported his stance and said he fully supports Peter Brandt in his midterm $50K prediction and is also firm on his $1 million Bitcoin prediction by the end of 2020.

Are traders in for huge benefits with McAfee’s exchange? Will it lead to a more competitive spirit in the crypto exchange arena? Let us know what you think in the comments below! 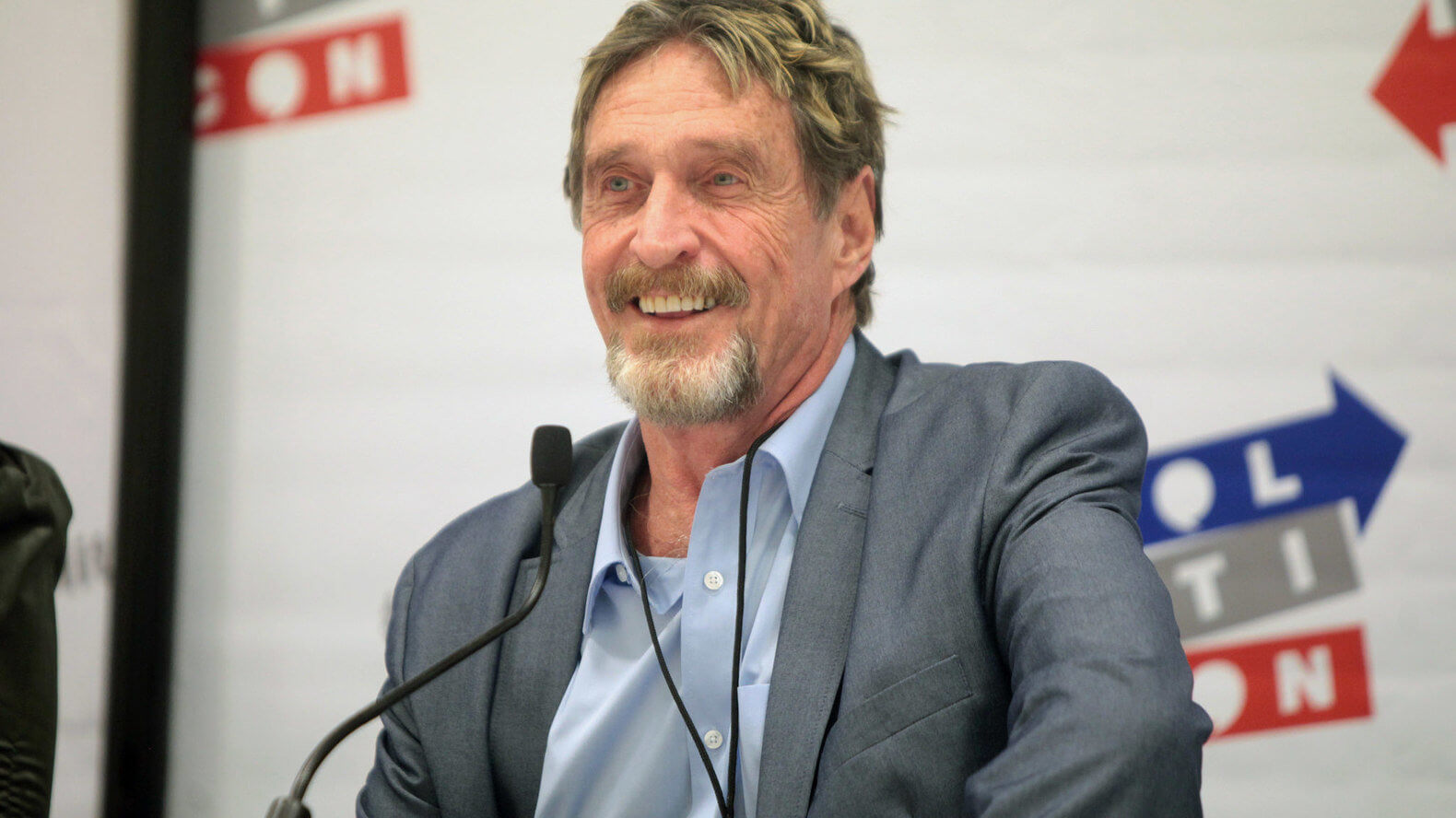 Breaking- John McAfee All Set To Release His Own Decentralized Exchange

John McAfee in a recent tweet announced that he is all set to unveil his own decentralized exchange.

Coingape is committed to following the highest standards of journalism, and therefore, it abides by a strict editorial policy. While CoinGape takes all the measures to ensure that the facts presented in its news articles are accurate.

Disclaimer
The views, opinions, positions or strategies expressed by the authors and those providing comments are theirs alone, and do not necessarily reflect the views, opinions, positions or strategies of CoinGape. Do your market research before investing in cryptocurrencies. The author or publication does not hold any responsibility for your personal financial loss.

Bitcoin Dominance Vs Altcoin Season. Which One Will Thrive In The Long Run? ⋆ ZyCrypto